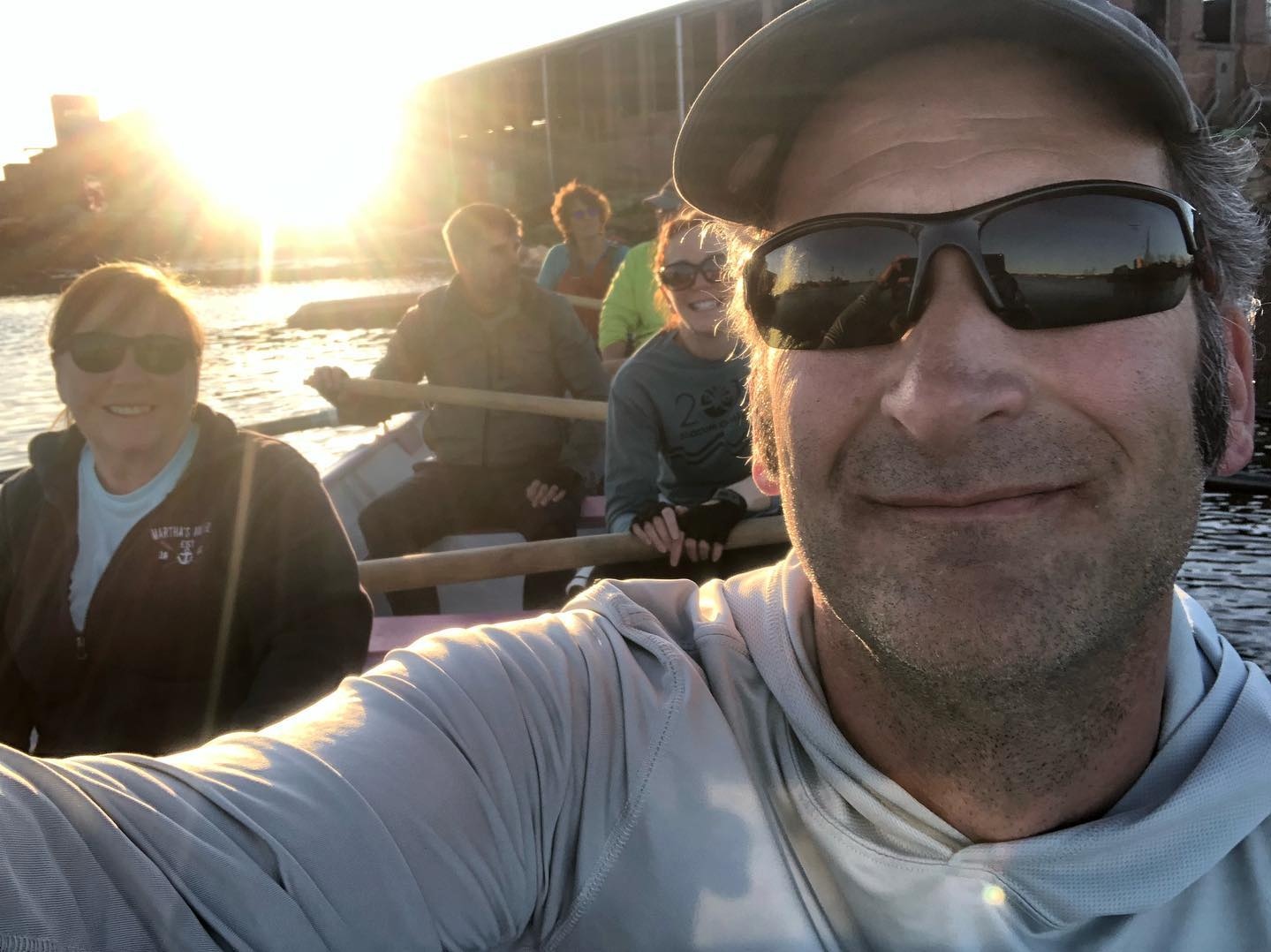 You will see Frank around the boathouse, in the coxn seat, coaching, and rowing the waters around Cohasset. He joined CMI this past summer as Program Director, responsible for organizing youth and adult rowing programs, developing membership, and improving our facilities. Frank  believes in rowing as simply the best means for building understanding of oneself and others, respect for the natural world, fitness, and friendships.

Frank is a career educator, who comes to us from Tabor Academy where he taught Latin, coached rowing, and was responsible for boat and boathouse maintenance. He holds an M.Ed. in School Leadership from Harvard University.

John Liffmann is one of the founders of Cohasset Maritime Institute, and has been serving as a rowing coach and beloved mentor to CMI athletes for years.  John started rowing himself at a young age, competing in many open water rowing pilot gig races in New England and Europe. While coaching youth in Hull, John met Jack Buckley, who was heading an alternative high school program for coastal exploration, and they worked together to build a rowing element to the program. The rowing portion of that program later evolved into what is now known as CMI.

As a coach, John inspires and instills in youth the love of open water and rowing, while helping build both inner and outer strength. Many of John’s alumni at CMI move on to join crew programs in college and beyond. John has been a Director of CMI’s youth program for many years, as well as a member of CMI's Board.  He is also the founder of the  “Liffmann Challenge” portion of a local indoor rowing competition known as the “Crash Bobs” out of Hull Lifesaving Museum.  One of CMI’s boats, the “Anne and Eddie” is named in honor of John’s family and his overall contribution to helping build CMI into what it is today. 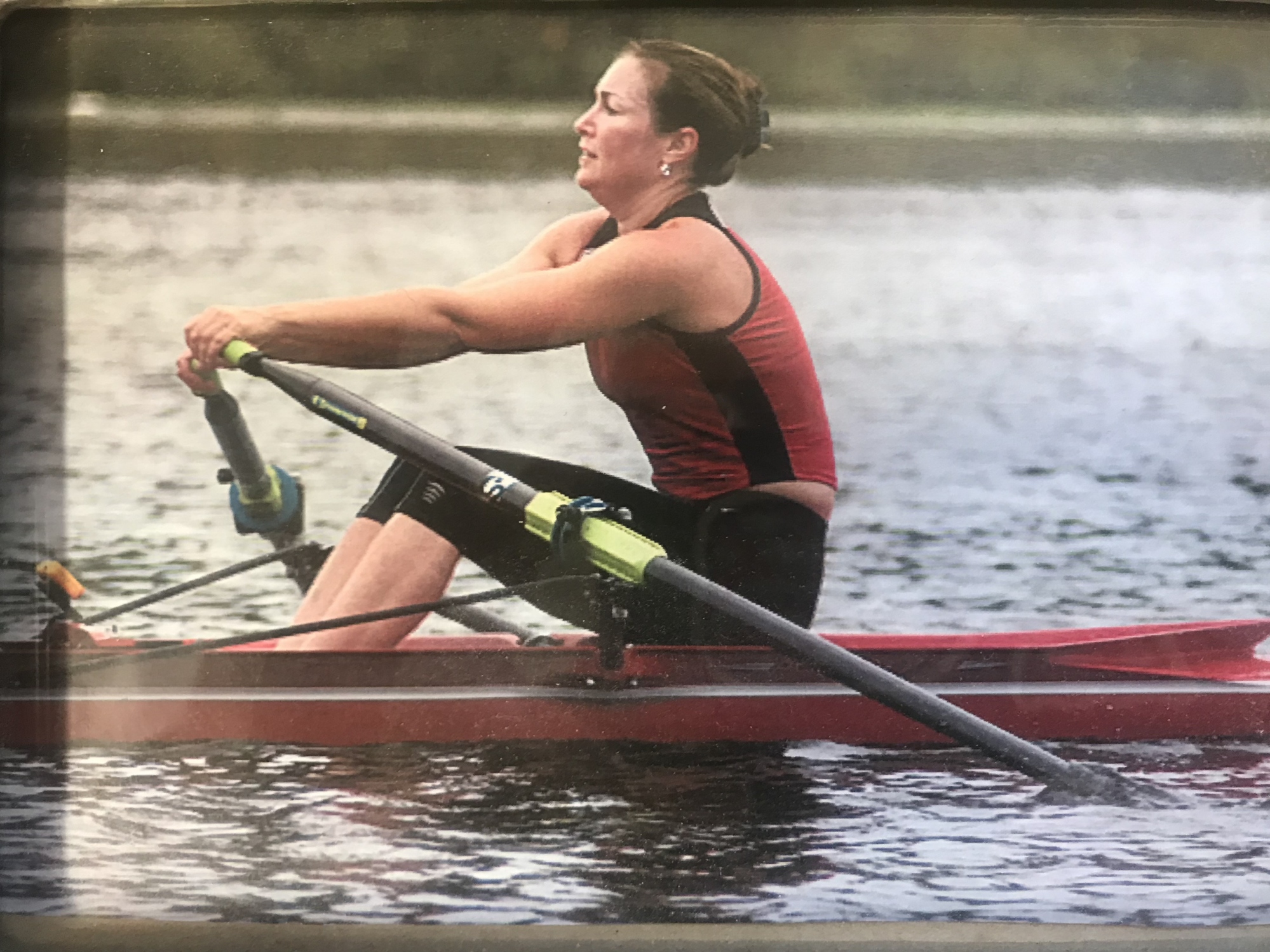 Karen Shusterman is a Hingham resident who has been coaching youth athletes at Cohasset Maritime Institute since 2015.  Prior to joining CMI, Karen coached at Duxbury Bay Maritime School and at the Hingham Maritime Institute (formerly Lincoln Maritime) Institute.  Karen has also rowed competitively with Community Rowing on the Charles River, and has competed in rowing competitions including the Head of the Charles.   Not only does Karen train CMI's youth for the exciting yet grueling Crash B Indoor Rowing Competition, but she has also taken on this Competition herself, year after year!  Karen also has participated in CMI’s Ergathon Fundraiser since its inception, in addition to her other generous fundraising efforts to benefit CMI.

Karen is certified as a Concept 2 Indoor Rowing Instructor, and has trained rowers at all levels.  Karen works with her erg students to meet their individual goals, whether that is competitive training or overall health and fitness.  As an on-the-water coach, Karen works to build skills, discipline and agility in rowers.

Abi Kornet – Adult Instructor on and off the water 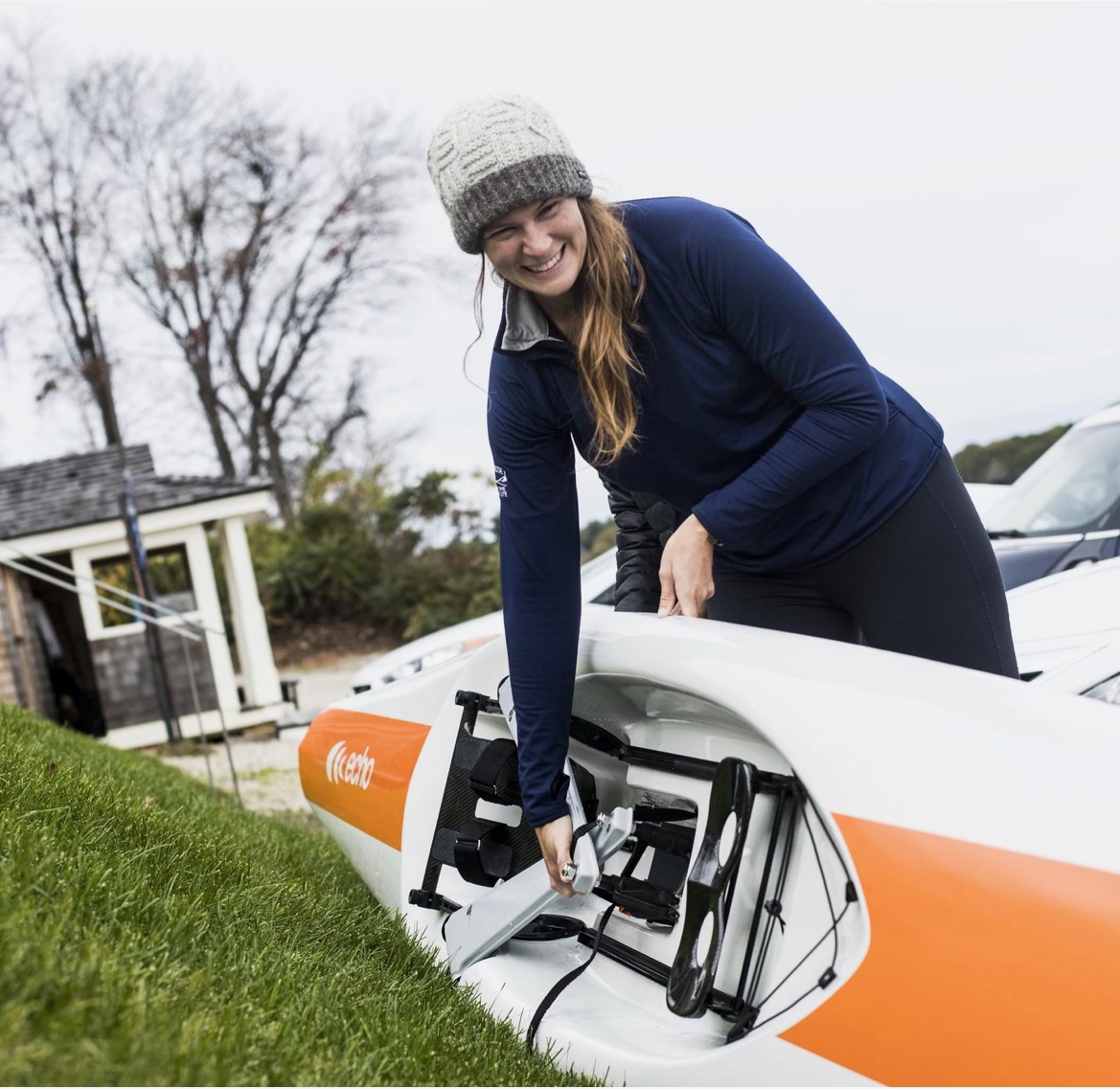 Abi comes from a family of rowers, her sister first put her in an Alden at age 11. She went on to train at Northfield Mount Hermon, Connecticut College, Northeast Rowing & Sculling Center, and Community Rowing, Inc (CRI) in Boston, where she competed and placed in major regattas, including Head of the Charles, USRowing Club Nationals ‘99, and Canadian Henley ‘99.

Abi is always happy when on the water and working with adult and youth rowers wether in a community club as a Learn To Row and Indoor training Instructor for CMI, to a Coach with HHSRA crew. She is a certified US Rowing Level Two Coach.

Susan Bryant is a Cohasset native whose enthusiasm and good-nature are known by many.  Susan was practically born on the water, taking swim lessons as a toddler from pioneer oarswoman Marj Burgard (of the Alden Shells), and later feathering the oars of her Rookie sailboat to row like her parents and their friends. When Susan took up sliding seat rowing in high school, long-time Cohasset rower and ocean environmentalist Jack Hubbard took her to race at Craftsbury, Riverside and the Isle of Shoals, sharing with Susan his Alden boats and Van Dusen (in his spirit of generosity that Susan enjoys continuing to this day).  In her youth, Susan was invited to the Junior National Team Selection Camp, and later rowed with Connecticut College and Riverside Boat Club.

Since returning to Cohasset in 2013, Susan has been involved with CMI, where she brings her undeniable rowing skills and overall love of the ocean to train and develop rowers of all ages.  Susan also holds a USCG Captains license, and is adept at sailing and navigation along with coastal exploration.  When not at CMI, or racing in her own shell, Susan is out with students researching the harbor with CSCR or working on documentaries.

Known to all of us as “Wolfie”, Craig is a force on the water and beyond.  Craig is an accomplished rower, having rowed in pilot gigs for numerous years out of Hull Lifesaving Museum, and later taking up river rowing in racing shells and earning the title of World Master Rowing Champion.  Craig raised a rowing family, and likes to joke that he the somehow convinced his children that rowing on the waters around Hull in the middle of the winter was fun.   You often see Craig competing in local races, or at the Head of the Charles, in a single or a double scull with his son.   There is never a race that Craig will not take on -- with a smile on his face and grit in his heart.

When not out on the water, you can generally find Craig at one of his many volunteer activities.  He currently serves as the Volunteer Emergency Response Coordinator for Hull, and has been recognized both locally and nationally for his services in his emergency response capacity. Craig also, among other things, serves as local supervisor for the Red Cross Disaster Action Team in the Boston area and as a Firefighter Rehab volunteer.

Jack Buckley is also one of the founders of Cohasset Maritime Institute, and has achieved the status of “Emeritus” with CMI.  In the early 1990s, and while teaching an Alternative program for Cohasset High School students, Jack met John Liffmann on a rowing excursion with the Hull Lifesaving museum.  From that point forward the two worked together to bring coastal rowing to Cohasset waters.  When Jack’s Alternative program later evolved into what is now CSCR (the Cohasset Center for Student Coastal Research), while the rowing portion evolved into CMI, Jack continued to assist CMI in its many endeavors to bring rowing to Cohasset in honor our rich maritime history.